The 1883 Black Ice Pond Hockey Championship winners from each division will be the recipients of the Honorary “Hobey Stick.” 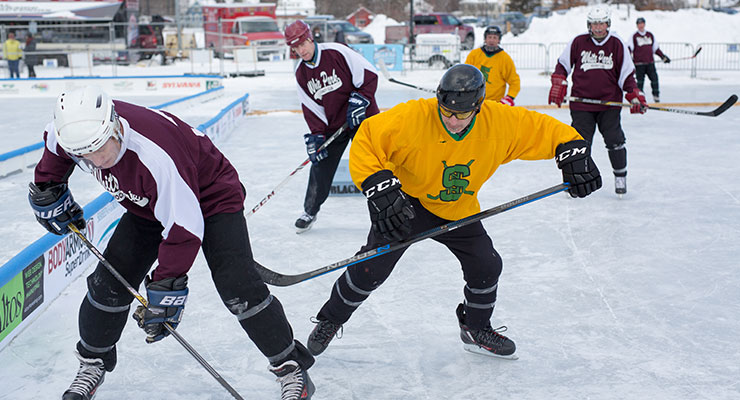 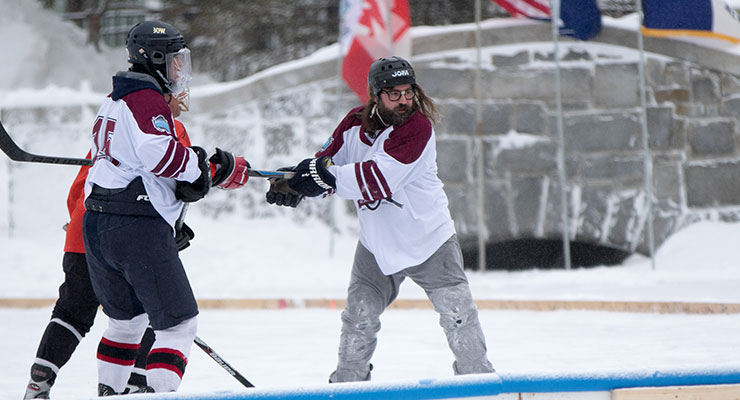 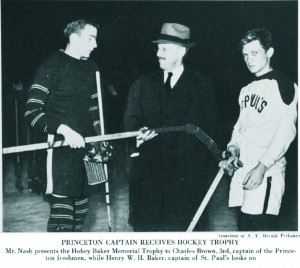 A fellow student once recalled that “It was always Hobey who was first on the autumn-scented black ice where, at lightning speed, he led the few friends who could keep up with him on night flights.” It was during these night-skating sessions that Hobey developed the ability to carry the puck while never looking down at his stick. He was, indeed, at that age considered something special and quickly became St. Paul’s number-one athlete, also achieving fame in football, baseball and crew.

For more biography on Hobey Baker, visit the NH Legends of Hockey website at http://www.nhlegendsofhockey.com/

As seen in the caption below, the historic Hobey Baker Memorial Trophy is what we honor to acknowledge the hockey tradition at St. Paul’s School.